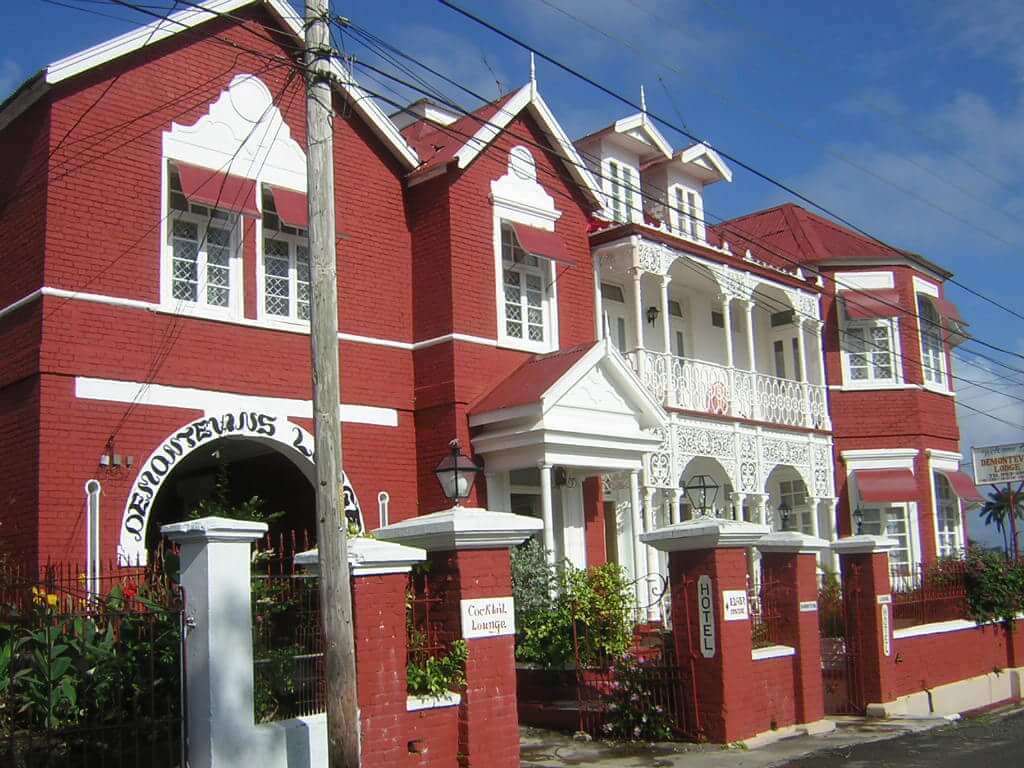 Location
Located in Port Antonio at the corner of Fort George and Musgrave Streets, it was previously owned by Mr. & Mrs. Joseph Mullings. Mrs Mullings was formerly the cook for American movie actor Errol Flynn, who once inhabited Navy Island, just across the harbour. DeMontevin lodge is situated on Titchfield Peninsula, an English settlement, situated between East and West Harbour. The lodge was built at the turn of the century for Hon. David Gideon, the then custos of Portland.

Accommodation
DeMontevin was designed in a Victorian style and is architecturally similar to “Sea Captains House” on the Massachusetts Coast. DeMontevin Lodge has recently been restored, refurbished and tastefully furnished with antiques. It now enjoys the status of being a National Heritage Site.

Some of the decorative iron work on the building might have been brought on the banana boats which traveled between Boston and Port Antonio. The building bears a striking resemblance to “Sea Captains’ Houses” on the Massachusetts Coast. It is now operated as a guest house.

Recommended for vintage ambience, this venerable Victorian guest house is a homey blend of modern kitsch and antiques reminiscent of granny’s parlor. The 13 simple bedrooms (six with private bathrooms) are timeworn, but as clean as a whistle. Behind the lodge is an ancillary building with small budget doubles.

Beautifully decorated inside and out with furnishings reminiscent of an exclusive residence of yesteryear, the building has been the recipient on the Berger Paints Architecture Award. With its dominating brick exterior, the hotel sits elegantly on Titchfield Hill, once a neighborhood for the wealthy.

Dining and Refreshment
This family–run restaurant is well known for its delicious home–style Jamaican cuisine that uses seasonal fresh ingredients. Daily for lunch and dinner.